Music Are Real And So Are Unicorns 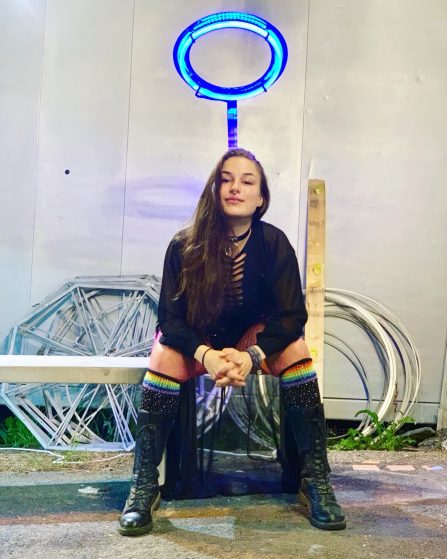 Starting her journey in 2016 as part of a team arranging underground parties she fell in love with electronic music and Lovisa quickly found her place behind the decks. Coming from the techno culture now deep tech dominates her sets.

Her focus lays on being unique and she makes sure to put her personal touch into every performance she gives. Striving to supply the audience with the same satisfaction as she gets from every track she picks out. On stage Lovisa infuses her sets with deep and atmospheric-sensual sounds but Lovisa Sisak is fearless of entering even darker places.

Recently Lovisa has gained some serious attention to her name with her very own and popular Podcast “SINFUL SESSIONS”. Which is published on all big platforms such as Spotify, iTunes, Acast, Soundcloud, Youtube and soon also Google Play in the US. Total listener statistics: 27 000 streams.

Her latest gigs has been: Bronx Bastun, Technostate, Slakthuset, Earth Tribe and Digital Reality. Her Podcast is scheduled to be featured on numerous radio stations around the globe.

Lovisa´s sets is often filled with Groovy beats and deep techno feelings often combined with a lot of atmospheric sounds and ambience to get you in the exact right mood. Read full bio below.